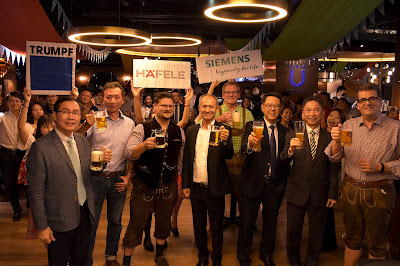 TAIPEI, Taiwan – In cooperation with Buckskin beer, the German Trade Office Taipei (GTO) organized two GTO German Business Days on September 25th and September 26th at the Buckskin Beerhouse Nanjing Branch. It was the fifth consecutive year that the GTO organized this event.
By organizing the GTO German Business Days, the German Trade Office Taipei aims at introducing this unique part of German amusement culture to the Taiwanese business community. The event is one of the most important networking events during the year and brings Taiwanese and German companies together to facilitate bilateral business cooperation.
“We are very delighted that even during this unusual year, the situation in Taiwan enables us still to celebrate our traditional Oktoberfest with our Taiwanese partners and friends,” stated Axel Limberg, Chief Representative and Executive Director of the GTO during his opening remarks. He further emphasized, “The Oktoberfest tradition exports the spirit of this folk festival throughout the world. It brings people from all walks of life together, and we hope that our version here in Taiwan will allow us to share this atmosphere and great aspect of German culture with our Taiwanese friends.”
Among the guests of honor were Mr. Chiang Sen, Director General of European Affairs, Ministry of Foreign Affairs; Mr. Cheng-Wei Yu, Director General of the Bureau of Energy, Ministry of Economic Affairs; Mr. Jang-Hwa Leu, Director General of the Industrial Development Bureau, Ministry of Economic Affairs; as well as Dr. Thomas Prinz, Director General of the German Institute Taipei. Executive Director Axel Limberg jointly opened the Oktoberfest with brew master Jonas Krebs from Buckskin with the traditional “Tapping the Beer Keg” ceremony, in which the first barrel of beer is opened. The Oktoberfest featured live music by the German band Die Praktikanten/The Interns, a free flow of Buckskin beer, as well as authentic German food.
較新的文章 較舊的文章 首頁 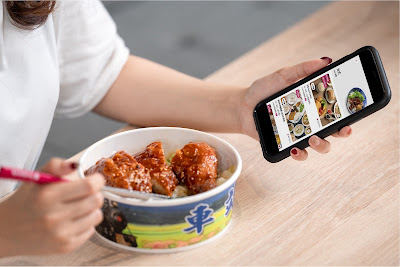