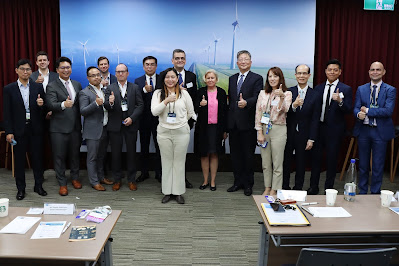 TAIPEI, Taiwan –The German Trade Office Taipei and the German Offshore-Wind Initiative jointly organized the "4th Taiwan-Germany Wind Forum", held on October 20th, 2022, during the Energy Taiwan Trade Fair. The forum connected leading energy suppliers from Taiwan and Germany and provided a platform for future cooperation in this fast-growing sector. Speakers include representatives from well-known German and Taiwanese energy companies in Taiwan, such as RWE, wpd, TÜV Süd, Aquila Capital, Enercon, and Fichtner, as well as representatives of the Taiwan Climate Partnership and Taiwanese TAIYA Renewable Energy.

The forum was honored to have three distinguished guests deliver opening speeches: Mr. Axel Limberg, Chief Representative and Executive Director of the German Trade Office (GTO), Mr. Cheng-Wei Yu, Director General of the Bureau of Energy, Ministry of Economic Affairs, and Dr. Martin Skiba, Representative of the German Offshore-Wind Initiative. In Mr. Limberg's opening remarks, he was optimistic about the success of the Taiwan-Germany exchange. He said, "Germany has been working hard for 20 years to achieve the goal of climate neutrality by 2045. We are convinced that such fruitful exchanges can take Taiwan-Germany relations to the next level based on bilateral trade and business opportunities and the spirit of mutual assistance in resource development.

Mr. Limberg's emphasized that "Taiwan and Germany are facing a similar challenge on energy issues, namely how to accelerate the use of renewable energy." He pointed out that Germany's relevant policies are already on track and believed the cooperation between Taiwan and Germany will create more attractive business opportunities and favorable market conditions for international companies.

Mr. Lu Mulin, Chairman of TAIYA Renewable Energy, who was formerly the Political Deputy Minister of Education, expressed his willingness to do his part in contributing to Taiwan's energy transformation with the principle of dedication and down-to-earth business philosophy at the panel discussion. Mr. Hendrik Bohne, the representative of Aquila Clean Energy, not only considered it a commitment to promote a sustainable future energy transition but also stated that for Aquila, "Taiwan is its target market and aims to grow one of the largest clean energy portfolios in Asia-Pacific region."

The companies participating in the panel discussion also expressed their concrete commitment to the field of renewable energy in Taiwan with figures and results. Ms. Weiwei Tseng, General Manager, wpd Taiwan Energy, mentioned that wpd develops and operates global onshore wind and solar projects by setting up 2,550 turbines with an output of 5,740MW. It is dedicated to hitting the goal of energy sustainability in converting energy supplies and contributing towards protecting our climate in Taiwan. Mr. Sean Huang, Project Lead of RWE Renewables Taiwan, said that RWE expects to invest NT$1.6 trillion (EUR50 billion) in its global green energy portfolio and reach 50GW installed green generation capacity worldwide 2030, including the ~6GW greenfield offshore wind projects currently under development in Taiwan. Mr. Bart Linssen, Managing Director, ENERCON Taiwan, shared that Enercon is demonstrating the functional performance of renewable energy with its latest wind turbine technology that is relatively safe, quiet, and cost-effective. Dr. Alan Lin, Director and Head of Emerging Business Opportunities of Advantech said that Advantech committed to sourcing at least 50% of our power consumption from green energy by 2026 and 100% by 2032 in Taiwan.

In addition, two experts were invited to give the introduction speeches from Dr. Chi-Ming Peng, Secretary General of Taiwan Climate Partnership, and Ms. Angelica Oung, Managing Editor of "Taiwan Offshore Wind Unredacted." The themes are "Status Quo of Renewable Energy Development in Taiwan "and "The Latest Offshore Wind Energy Development in Taiwan." Dr. Peng believes that the public and private sectors must work together to achieve Taiwan's net-zero goal. He explains that "Taiwan still lacks a carbon emission trading mechanism with international links and various carbon reduction tools in the carbon market. Although there is a partial green power trading system, the capacity is low, and purchasing offshore wind power requires a credit rating mechanism. Hence, most technology plants need to make up for this condition." 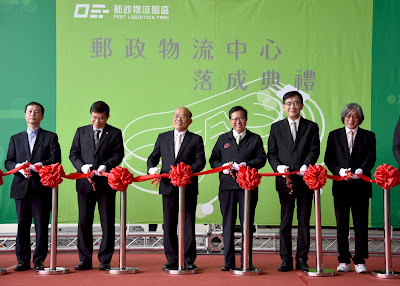