Siemens and Tatung Collaborate on Wind Power – GTO: A Milestone in the Energy Transition 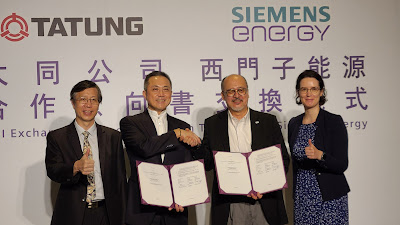 TAIPEI, Taiwan – Siemens Energy and Tatung Company, two renowned and long-established companies in Germany and Taiwan, intend to collaborate in seizing the market opportunities for wind turbine converter systems. Mr. John Hsu Kilpack, Managing Director of Siemens Energy, and Mr. Chung,Max I.W., General Manager of Tatung Company, participated in a Letter of Intent (LOI) signing ceremony held on July 14th and signed the contract. Besides, they’ve also invited Ms. Leonie Yang, General Manager of German Trade Office’s service unit DEinterntional, to witness the precious moment. Ms. Yang stated that she is optimistic about the cooperation and believes that it would be an important milestone in the energy transition.

Ms. Yang mentioned in her speech that the German and Taiwanese governments have set the target of carbon neutrality by 2045 and 2050. Both governments have taken active measures, but to achieve the goal, one cannot only rely on the planning of political and economic frameworks; the participation of private enterprises is also key to success.

GIS (Gas Insulated Switchgear) is a strong product from Siemens Energy, which is also the main equipment for power transmission and plays a vital role in the oil field management, is regarded as the major contributor to Taiwan’s energy transition. Ms. Yang pointed out that the cooperation between Taiwan and Germany will have a positive effect on the promotion of the energy transition in Taiwan.

In fact, the Taiwanese government has been actively promoting energy transition in recent years, and the strengthening of the electrical grid and power network is a crucial part of the renewable energy plan. The government has set an ambitious goal: Power generated from offshore wind is supposed to reach 5.6GW by 2025, and 1.5GW of capacity is to be developed each year from 2026 to 2035.

Siemens Energy noted that the reliability of their GIS is 25% higher than the market average. Combining this equipment with the operational interface and maintenance resources designed by Tatung provides the optimal solution for the development of wind farm and Taiwan Power Company (TPC), which enables Taiwan to build a new generation power and energy system that meet international quality while deepening the roots of technical and experienced experts.

Tatung Company indicated that Taiwan is actively promoting energy transition in tandem with the world, meanwhile, upgrading the existing grid infrastructure to cope with the integration of renewable energy into the grid. Many domestics and foreign manufacturers, such as Tatung and Siemens, have participated in Tai power’s Advanced Metering Infrastructure (AMI) proposal. At the beginning of last year, Tatung obtained a total of 179,000 single-phase and three-phase smart meters contracts with a tender amount of $600 million NTD, and the construction has begun in the second half of last year. The German Trade Office Taipei is convinced that the cooperation between Siemens Energy and Tatung is an ideal investment portfolio for Taiwan’s wind farms and TPC, moreover, the technical exchange of GIS is expected to integrate Tatung’s operational interface and maintenance resources. 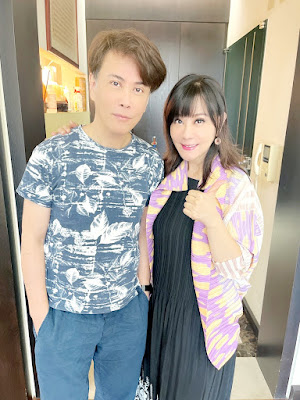