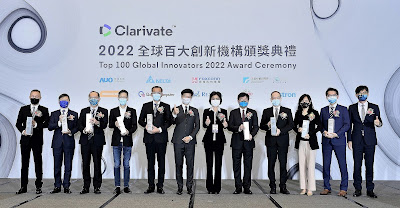 Taipei, Nine Top 100 Global Innovators from Taiwan including several-time winners ITRI, Foxconn, MediaTek, Quanta, and TSMC as well as new entrants AU Optronics, Delta Electronics, Wistron, and RealTek were presented the award by Clarivate in Taipei on April 20. Supported by the Ministry of Economic Affairs, ITRI was on the list for the fifth consecutive year and sixth time overall, thanks to its technical distinctiveness, success, influence, globalization and volume of patents.

ITRI President Edwin Liu attended the award ceremony to receive the honor and noted that the accolade recognized ITRI’s intellectual property (IP) performance. “IP is the key to the competitiveness of Taiwan’s industries,” he said. “We are helping Taiwan’s industries gain a competitive advantage in the global market via two fronts.” He illustrated that ITRI has cooperated with industry, academia, and research sectors in forming an IP bank, under which patent pools have been built for 5G, electric vehicles, and net zero carbon emissions, providing patent resources for industries. “We have also worked in tandem with IP experts and AI analysis systems, becoming the best support team for Taiwan’s manufacturers in developing international markets,” he said.

Dr. Liu further explained that on the second front, ITRI has sought to link the capital and technology markets. It has joined hands with the Small & Medium Enterprise Credit Guarantee Fund of Taiwan and 26 banks to promote the valuation of intangible assets that leads to financing, thus assisting enterprises in addressing both technical and financial problems.

Even in the difficult economic and political environment caused by the COVID-19 pandemic, the number of Taiwan institutions on the Top 100 Global Innovators list this year reached a new high, ranking the top three in the world. This highlights the technology prowess and innovation capability of Taiwan’s industry. ITRI, the largest applied technology research institute in Taiwan, embraces a patent ecosystem strategy and has been active in structuring international patent portfolios. It uses flexible and diversified methods such as patent financing, patent pricing, and patent pooling to assist Taiwan manufacturers in creating value and entering new markets. ITRI has been on the list more times than any other from Taiwan, and is the top among Asia-Pacific R&D institutions. 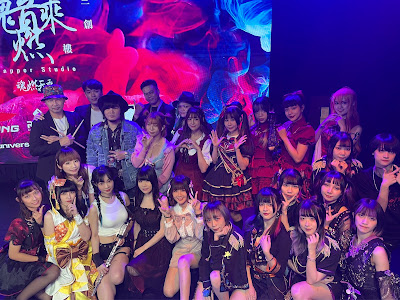