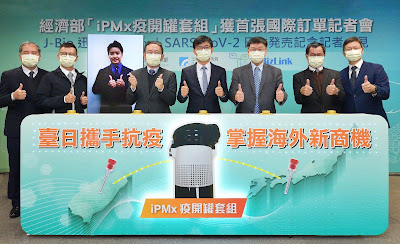 Taipei---The iPMx Molecular Rapid Test System, developed by the Industrial Technology Research Institute (ITRI) with the support of Department of Industrial Technology (DoIT), Ministry of Economic Affairs, R.O.C. (MOEA), will be introduced to the Japanese market via the cooperation involving BizLink Group and Japan Biotechno Pharma (JBP). iPMx has received a sales and manufacturing license from Japan’s Ministry of Health, Labour and Welfare and is ready to launch in Japan. In the future, the system is expected to further expand its applications and become available for more hospitals and medical facilities overseas.

The iPMx Molecular Rapid Test System has four key features: (1) High Precision: Accuracy is over 90%; (2) High Sensitivity: Virus can be detected in the early stage of infection; (3) Lightweight: The canister weighs only 600 grams—57 times lighter than traditional testing devices—and is easy to carry around; (4) High Efficiency: Only one hour is needed to complete the test, which is 1/4 the time needed by existing PCR tests. In July 2020, it participated the COVID-19 Proficiency Test of the Quality Control for Molecular Diagnostics (QCMD), obtaining 100% accurate results for all samples.

According to DoIT Director General Chyou-Huey Chiou, the entry of iPMx into the Japan market takes Taiwan’s pandemic prevention technology to a new stage. The MOEA will continue to support ITRI in further development of a next-gen all-in-one COVID-19 analyzer and testing reagent kit, looking forward to more international cooperation opportunities that bring the biomedical industry to the next level. ITRI will also work with JBP to introduce the testing kit to the U.S., Europe, and South-East Asia markets.

ITRI Executive Vice President Alex Y.M. Peng commented that ITRI has actively sought international cooperation on epidemic prevention technology since the pandemic began. It contracted with JBP in October 2020 for clinical trials and distribution for iPMx. JBP completed the trials in June 2021, and has recently obtained a sales and manufacturing license to officially begin sales in the Japanese market. “The compact design of iPMx makes it easy to be sent to locations throughout Japan for first-line infection prevention, boosting Japan’s capacities in preventing the spread of COVID-19,” he said.

JBP CEO Naoki Shinohara stated that JBP is committed to the development of antibody and antigen testing. Upon learning about the iPMx Molecular Rapid Test System developed by ITRI in 2020, he was deeply impressed and was confident in the enormous potential of the PCR detection reagent market. After overcoming stringent review hurdles by Japan’s Ministry of Health, Labour and Welfare, the product is now finally ready to be sold in Japan. Plans are being made to sell the product to nations in need and hospitals overseas, with the hope of creating greater public wellbeing.

BizLink CEO Felix Chien-Hua Teng commented that while participating in this In Vitro Diagnostic (IVD) Devices technology transfer, BizLink examined the existing prototype technology, and then together with ITRI resolved the issue of excessive cooling time. BizLink also assisted in optimizing the design of the kit for mass production, helping to move this product from prototype to commercial production.

Hoshino Mitsuaki, Deputy Representative of the Taipei Office of the Japan-Taiwan Exchange Association, commented that Taiwan and Japan have long maintained extremely close industrial cooperation. ITRI has abundant and advanced technology capacities, while Japan Biotechno Pharma has experience in clinical trials and submitting applications to regulatory authorities to bring products to the market. The two sides have added more depth to their cooperation via the successful introduction of the iPMx Molecular Rapid Test System to the Japanese market. “We are very pleased to see these achievements based on interaction between Taiwan and Japan, and we look forward to these efforts helping to quell the pandemic at an early date,” he added. 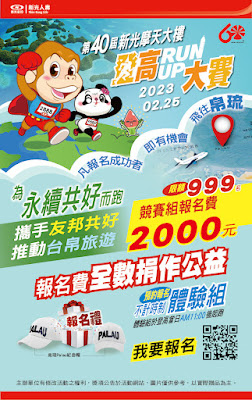