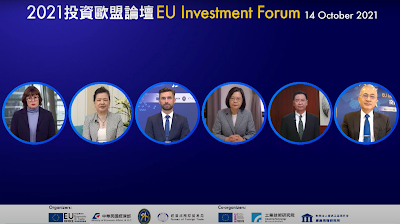 The 2021 EU Investment Forum (EIF) held virtually in Taipei, successfully attracted around 700 registrations from Taiwanese businesses, media and civil society. The second edition of the EU Investment Forum was opened by President Tsai Ing-wen, Minister of Foreign Affairs Joseph Wu, Minister of Economic Affairs Wang Mei-hua and the Head of the European Economic and Trade Office (EETO) Filip Grzegorzewski. They all called for more Taiwanese investments in Europe.

The world is facing challenges brought by climate change, digital transformation, and the restructuring of global supply chains. The EU sees these challenges as an opportunity, said Grzegorzewski. With the “twin transition” policy, the EU will invest over €2 trillion (approximately NTD 66 trillion) in green economy, which will make Europe a greener, more digital and more resilient place. He also urged the Taiwanese businesses to seize this prime opportunity and invest in the EU.

The keynote speaker of the event was Sabine Weyand, Director General of the European Commission’ Directorate General of Trade (DG TRADE). She was the highest level EU official to attend the EU Investment Forum. In her speech, she pointed out that as the world turns a page on the global pandemic, it continues to face a whole array of unprecedented external challenges in the months and years ahead. To resolve these challenges, the EU needs to work with international like-minded partners. “Taiwan is one of the EU’s closest partners in this respect. This is also why it plays a crucial role in our new Indo-Pacific strategy,” said Weyand.

The EU and Taiwan may be far apart geographically, but the two see the world with similar eyes, and both wish to build an open, rules-based and interconnected world, said Weyand. European companies are the biggest investor in Taiwan, which shows the attention Europe pays to Taiwan. As Taiwan turns its eyes towards Europe, she hopes to see more Taiwanese businesses invest in the EU. The European Union is home to 450 million consumers. The convenience of the Single Market and the single currency – Euro – makes it a very attractive investment destination that will bring maximum benefit for Taiwanese companies.

In her opening remarks, President Tsai Ing-wen said that the EU has put the European Green Deal and digital transformation as its policy priorities, which complement the "Six Core Strategies" industries being promoted by the Taiwanese government. In addition, she mentioned that the European Union has recently established the Alliance on Processors and Semiconductor Technologies. Taiwan also plans to establish four semiconductor colleges in universities before the end of the year. This will create opportunities for cooperation between Taiwan and Europe in the fields of information communications, smart mobility, 5G and green energy in the future. President Tsai encouraged Taiwanese entrepreneurs to invest in the European Union. Minister of Economic Affairs Wang Mei-hua and Minister of Foreign Affairs Joseph Wu both stressed that the EU is Taiwan’s largest source of foreign investment, and bilateral economic and trade relations have developed increasingly closer. Minister of National Development Council, Kung Ming-Hsin, will lead a Taiwan investment delegation to Europe next week. They believe it will help to facilitate the bilateral relations between Taiwan and Europe.

In today’s forum, lecturers from the public and private sectors introduced the EU’s Green Deal and Digital Europe Investment projects. They indicated that in the future, the EU will invest €2 trillion in Green Deal and Digital Europe. Among these funds, 37% will be invested in climate change-related industries, and more than 20% will be invested in digital transformation. Different levels of incentives will be provided to Taiwanese companies investing in the EU. 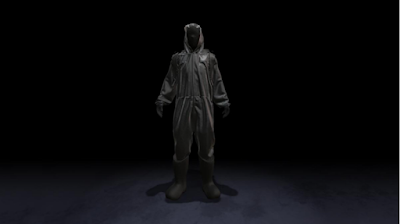