GTO Business Confidence Survey Results: A New Record High of 63% of the German Companies Active in Taiwan Predict Taiwan’s Economy to Improve in 2021 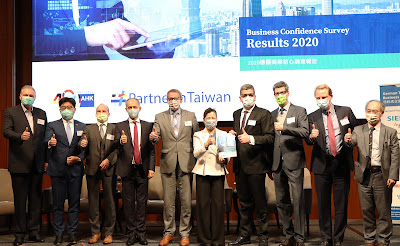 TAIPEI, Taiwan – The German Trade Office Taipei (GTO) held its GTO Economic Outlook at the Shangri-La’s Far Eastern Plaza Hotel on February 4. During the event, the GTO presented the results of the Business Confidence Survey 2020 that was conducted among 251 German companies operating in Taiwan from November 24, 2020 to January 12, 2021 and discussed Taiwan’s economic perspectives with company representatives.

The poll revealed that German companies are significantly more optimistic about Taiwan’s future economic development than in the previous five years. A new record high of 63.3% predict Taiwan’s economy to improve or even significantly improve in 2021, which constitutes an increase of 37.5 percentage points from last year’s prediction (25.8%). When asked about the prediction for the next three years, the level of optimism was even higher, totaling 65.4%.

This optimism is also reflected in future investment plans. A new record high of 44.6% stated to plan to invest in Taiwan within the next two years. This also constitutes the highest value in the last five years.

Even though the business results of the majority of German companies were negatively affected by the COVID-19 pandemic, the decline was not as severe as originally expected in a GTO Flash Survey conducted in March 2020. While in March almost 18 percent expected to see their revenues decrease by over 30%, this value dropped to 7.9%. Likewise, the number of companies benefitting from the pandemic rose significantly from 2.6% to 19.8%. Furthermore, 93.1% of the companies did not dismiss any employees in 2020 despite the impacts of the pandemic.

Furthermore, Industry 4.0/Smart Machinery, the mobility sector with topics such as e-mobility and self-driving as well as digitalization (IoT, AI, Software) are seen as having the biggest growth potential. Other sectors with future growth potential included biomedicine, healthcare, and life science (24.2%) as well as renewable energies.

Guest of Honor at the event was Ms. Wang Mei-hua, Minister of Economic Affairs (MOEA), who received the report, and Dr. Thomas Prinz, Director General of the German Institute Taipei. Both delivered welcoming remarks. Mr. Alexander Hirschle, Director Taiwan and Philippines Asia-Pacific of GERMANY TRADE & INVEST gave an insight into Taiwan’s economic challenges and perspectives of 2021. To give a detailed overview of certain business sectors, five representatives of renowned German companies reported about the perspectives of their industry. The speakers were:

Other Key Findings of the Business Confidence Survey 2020: 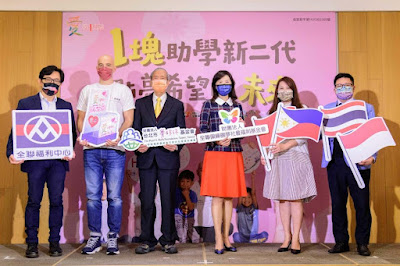