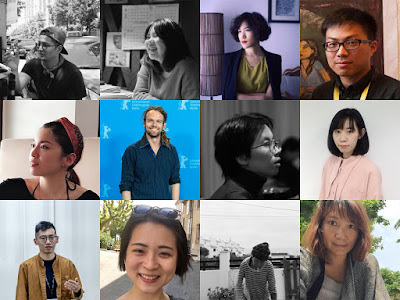 The selected trainees of the 6th Produire au Sud Taipei Workshop (PAS Taipei) are announced today! In the event supported by the Bureau of Audiovisual and Music Industry Development, Ministry of Culture, co-organized by Bureau Français de Taipei, and jointly organized by Produire au Sud (PAS) of Festival des 3 Continents and Taipei Film Festival, the selected teams will be guided individually by international senior lecturers assigned by Festival des 3 Continents through a professional three-stage tutorial focusing on the film projects and screenplays proposed by the trainees. The training addresses the skills for multinational proposal and marketing strategies. Professional instructors will diagnose the scripts, and check the screenplay structures, thus showing the talents and stories originated from Taiwan to an international audience. Proposals from a total of 27 teams were received this year. The 6 teams and proposals of the shortlist were jointly selected by Taipei Film Festival and Festival des 3 Continents; the teams will be trained in the Workshop this year.

The 6 selected proposals are marvelous and diverse, demonstrating the unique perspectives of contemporary creators. Based on seemingly banal daily life, Faruk & Abdullah reflects the diverse situations of Uyghurs and immigrants. In Life Derailed relating a story of women’s growth, how people cope with trauma and make choices true to themselves is depicted through the issue of same-sex marriage referendum in Taiwan and an accident of derailment. Natalie strips the layers of a family seemingly harmonious but actually divided, exploring prejudice, cultural conflict, identity and sense of belonging. Only Sun Knows features Weng Nao, a pioneer of the New Taiwanese Literature, as the protagonist, and explores the mysterious life of the writer who died young. With Pakistani refugees’ situation in Hong Kong as the backdrop, and Peter YAM joined as the executive producer, The Sunny Side of the Street depicts the encounter between a lonely father and a boy lacking parental love, where a series of conflicts and human struggles are triggered. The warm essay The Wild Grandma describes a group of grandpas and grandmas reinvigorated through investigating a mystery, with retrospection of the prosperous bar street in Yancheng, Kaohsiung in the 1950s.
The selected 12 trainees of the 6 director-producer teams include the Uyghur young director Tawfiq NIZAMIDIN (director of the short drama film The Night of Arzu nominated for the best short film at the Golden Horse Film Festival, and of Maria by the Sea jointly produced with Korean Academy of Film Arts and premiered at International Film Festival Rotterdam) and the emerging producer Echo KU (winner of the subsidy for documentaries of Ministry of Culture in 2018; producer of the documentary Loma-Our Home which participated in Talents Tokyo in cooperation with Berlinale Talents); director Hsuan CHAO (director of the short drama film The Restoration nominated for several independent film festivals and awards; winner of the subsidy for short films of Ministry of Culture with Big Little Man), and Yu-Hao SU with rich experience in international production and film festivals (producer of Run Zombie Run that won 2019 Taipei New Horizon Screenplay Award; line producer of The Cloud in Her Room which won the Tiger Award at 2019 International Film Festival Rotterdam).
Other trainees include director Yvonne ZUO who has worked in the film and television industries in Taiwan and China (director of the short film Coming of Age nominated for Golden Harvest Awards; a member of Golden Horse Film Academy), and her collaborator, French producer Aymerick PILARSKI who works in the film industry of Greater China region for long years, and the cinematographer for Öndög by Chinese director Wang Quan'an which was shortlisted in the main competition of Berlinale. Director Yu Tong WENG (director of the short film The Double nominated for Golden Harvest Awards, and of Undercurrent, her latest film, shortlisted in the Taiwan competition of Women Makes Waves film festival in Taiwan) is interested in the history of Taiwan, class and gender issues; she will develop a feature film project in collaboration with producer Naikang ZHANG specialized in screenwriting and planning for film and television.
In addition, Malaysian Chinese director Kok Rui LAU (director of the short film Let’s Get Lost nominated at Fresh Wave International Short Film Festival in Hong Kong, and of Have a Nice Day invited to several international film festivals; a member of Golden Horse Film Academy) is selected for the Workshop this year with his feature film project selected at Hong Kong – Asia Film Financing Forum; he will be paired with producer Ivy Yu-Hua SHEN capable of film production, distribution and international marketing (who participated in the production of An Impossibly Small Object and The Road to Mandalay). Director Ailun HUANG (nominee at Asian Film Academy of Busan International Film Festival; participant of the screenplay group of “SIFF NEXT” of Shanghai International Film Festival) will develop her first feature film with producer Denise LIN who was selected into the Workshop in 2019.
Complete list of selected teams of 2020 Produire au Sud Taipei Workshop (in alphabetic order of the proposals’ English titles):
Faruk & Abdullah (director: Tawfiq NIZAMIDIN, producer: Echo KU)
Life Derailed (director: Hsuan CHAO, producer: Yu-Hao SU)
Natalie (director: Yvonne ZUO, producer: Aymerick PILARSKI)
Only Sun Knows (director: Yu Tong WENG, producer: Naikang ZHANG)
The Sunny Side of the Street (director: Kok Rui LAU, producer: Ivy Yu-Hua SHEN)
The Wild Grandma (director: Ailun HUANG, producer: Denise LIN)
Moreover, exciting news are coming from the trainees of the Produire au Sud Taipei Workshop of previous years. Two proposals selected for the 2018 Workshop, Tropical Blue (directed by HOU Chi-Jan) and Salli (directed by Chien-Hung LIEN), and one proposal from the 2019 Workshop, Hunter Brothers (directed by Hung En SU), were all recognized with Excellent Screenplay Award in 2019. All these represent Produire au Sud Taipei Workshop’s promotion of and contribution to script composition.
Produire au Sud Taipei Workshop consists of three stages. The first stage (October 27 to 31, 2020) concentrates on the trainees’ film proposals and scripts, and approaches from diverse angles of production and distribution; it contains one-on-one professional tutorial, and a complete series of courses on the skills for proposal training. The second stage (March 2 to 5, 2021) and the third stage (July 7 to 8, 2021) focus on the subsequent tracking and diagnosis of the scripts proposed at the first stage. The second stage also includes instructions on international sale and market; the third stage focuses on international co-production and open proposal presentation, with expectation to vastly improve the script completeness and increase the possibility of international co-production through modification for more than half a year.
較新的文章 較舊的文章 首頁 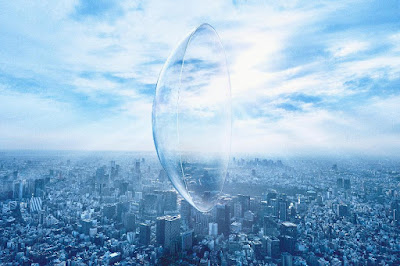