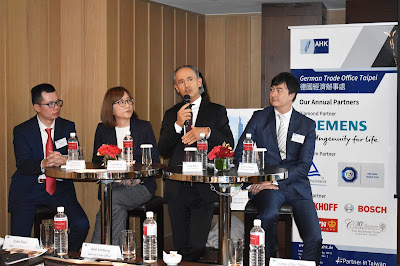 The German Trade Office Taipei (GTO) held its GTO Economic Outlook at the Grand Hyatt Taipei on February 6. During the event, the GTO presented the results of the Business Confidence Survey 2019 that was conducted among 251 German companies operating in Taiwan from October 23 to December 3, 2019 and discussed Taiwan’s economic perspectives with German company representatives. 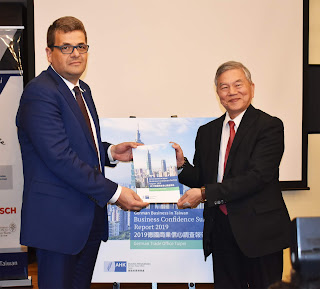 “The Business Confidence Survey 2019 results show that German companies are still very content with Taiwan as a Business location. With over 40% of the companies planning investments within the next two years, we noticed a slightly higher willingness to invest in Taiwan compared to the last two years,” stated Axel Limberg, Chief Representative and Executive Director of the German Trade Office Taipei, during his presentation.
However, Mr. Limberg also sees a need for action by the government to preserve Taiwan’s attractiveness for foreign companies. He stated: “Only about one-third of the companies was able to achieve their business targets in 2019. External factors such as the global economy and the cross-strait relations have dampened the mood among the companies. Therefore, to offset these external effects, it is now up to the government to address internal problems such as import restrictions and bureaucracy and to continue its current government programs, which have already had a positive effect on two-thirds of the German companies.”
After the presentation of the survey results, Ms. Sabrina Schmidt-Koschella and Mr. Alexander Hirschle, Director Taiwan and Philippines Asia-Pacific of Germany Trade and Invest presented their evaluation of Taiwan’s political and economic outlook for 2020. Afterwards, five representatives of renowned German companies gave an insight into the perspectives of their industry. The speakers were: 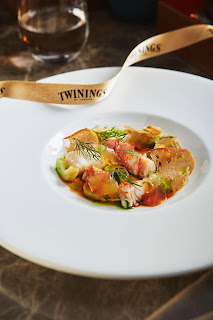