(Taipei) The Focus Program of the 2022 TIDF will be a comprehensive retrospective of Philippine cinema "Necessary Fictions: Negotiating Realities in Post-national Philippine Documentaries". The extensive program spans 40 years of Philippine cinematic history, featuring 46 films, organized in 11 sub-themes and 32 directors. It was jointly planned with Merv ESPINA, independent curator and film programmer from the Philippines.

The selection of works showcase independent Philippine cinema in all its diversity. By exploring Filipino history, culture, folklore, religion, ethnicity, geography etc. The films present multiple realities that go far beyond the impression of a single country. Many internationally renowned directors are featured in this program section, including Venice Film Festival Golden Lion winner Lav DIAZ, Cannes Film Festival Short Film Golden Palm Award winner Raymond RED, and  the "Father of Filipino Independent Cinema" Kidlat TAHIMIK, as well as Raya MARTIN, Shireen SENO and many other regulars of the international festival circuit. The program will also offer a glimpse into the creative trajectory of Philippine independent cinema through online forums and screenings.

When asked about the programming of this extensive section - possibly the biggest retrospective of Philippine cinema ever shown outside the Philippines - TIDF Programme Director Wood LIN commented, "Although the Philippines and Taiwan are close in geographical distance and similar in historical development, they are quite distant culturally. To capture the complex cultural context and development of filmmaking in the Philippines, our co-curator Merv chose the term “Necessary Fictions” to sum up these powerful and creative works. They are also representative of aesthetic choices that filmmakers had to make in the face of harsh reality. A retrospective like this, which includes classics and unusual pieces, outstanding works of activism, experimental, and documentary films, completely liberates the meaning of cinema.”

Searching for Identity as the Core

As a once colonized island like Taiwan, the Philippines had been under Spanish and American rule. Religions include not only Catholicism and Protestantism, but also Islam and  indigenous beliefs. Not surprisingly, identity and national memory are important subjects for filmmakers.

Bontoc Eulogy (1995) by Marlon FUENTES, recreates the final journey of his Filipino ancestors who were sent as exhibits to the 1904 St. Louis World's Fair. Shireen SENO‘s To Pick a Flower (2021) charts the damage done by the commodification of natural resources during colonial rule. Why Is Yellow the Middle of the Rainbow? (1994), a masterpiece by 2010 TIDF Filmmaker in Focus Kidlat TAHIMIK, uses the rainbow as a metaphor for the changes in the Philippines, reflecting on the relationship between the individual and country, and thus gives a new interpretation to the term “Third World Cinema”.

With the fall of the authoritarian Marcos government in 1986, a wave of freedom and democracy swept through the country in the late 1980s. As cameras were picked up to criticize politics and society, and expose injustice, video became a means of activism at that time.

ASIA VISIONS is a Filipino activist media organization of that time, resembling Taiwan's Green Team. In Beyond the Walls of Prison (1987), they interviewed political activists who were imprisoned during the Marcos dictatorship. Oliver (1983) follows a female impersonator who supports his family by performing in gay bars, illustrating the physical and social tensions during the final years of Marcos dictatorship and revolutionary times.

Internationally renowned Lav DIAZ, will be presented with his documentary Storm Children, Book One (2014) on the aftermath of typhoon Yolanda in 2013. Kano: An American and His Harem (2010) tells the story of an American who retired in a village in the Philippines and invited hundreds of women to live with him in a sort of ‘harem’, pointing out how American culture and desires continue to ravage the land.

From the Margins to the Center

The Philippines are known as the “Land of Thousand Islands” with a large number of indigenous peoples. Moving away from the usual, Manila-centered viewpoint, the TIDF program attempts to highlight the diversity of the Philippines' geographical and ethnical composition.

In Island at the End of the World (2004), Raya MARTIN explores the civilization of Itbayat, the northernmost island in the Philippines, and the commonalities with his own culture; Basal Banar (Sacred Ritual of Truth) (2002) documents the return of Manila-based indigenous director Auraeus SOLITO to his hometown on Palawan Island to learn about his own culture. Adjani ARUMPAC's internationally acclaimed War Is a Tender Thing (2013) looks at her family's history and the history of colonization in the southern island of Mindanao.

During the late 80s and early 90s, film workshops jointly-organized by the Mowelfund Film Institute (MFI) and the Goethe Institut Manila helped nurture outstanding cinematic talent, including Lav DIAZ, Raymond RED, Tad ERMITAÑO, and many others who will be presented in this program. The German filmmakers, who were invited as workshop mentors at that time, left a strong influence on the experimental cinema scenes in the Philippines. Within time, a unique aesthetic that is characteristic of Philippine filmmaking emerged from that cooperation.

Roxlee, who was also a MFI workshop participant, is one-of-a-kind artist who will be featured in the program. His shorts in the 80s, such as Inserts (1985), SPIT/OPTIK (1988), ABCD (1985), employ techniques like animation, collage or negative images. His social comedy works in the 90s, Tito's Wedding (1993) and Cesar Asar (1999), satirize Filipino dependence on the United States. They were rarely screened internationally before, and TIDF will present them with English subtitles for the first time. Roxlee will also give a live Q&A session after the screening on May 7.

Apart from the physical screenings, there will also be two online panels "Questioning Realities: Between and Beyond Philippine" and "Collective Action, Individual Decisions: Political Documentaries and Activist Media Collectives in the Philippines". Furthermore, online screenings of selected documentary works by activist media organizations in the Philippines are planned. With these additional programs, TIDF hopes to provide the background for a more complete understanding of the political history of documentary filmmaking in the Philippines, and shed light on the social upheavals from the Marcos era to the Duterte era.

A complete film list of the "Necessary Fictions: Negotiating Realities in Post-national Philippine Documentaries" programme is given in the appendix. 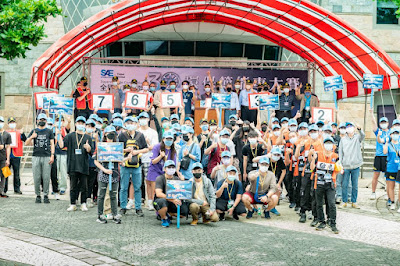