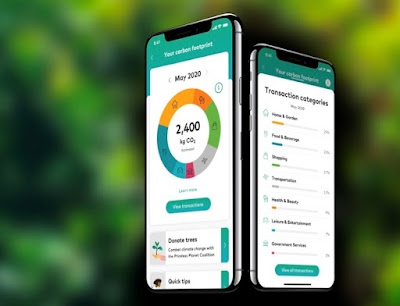 (Taipei) O-Bank announced the launch of the “Consumer Spending Carbon Calculator”. O-Bank is the first bank in Taiwan and in the entire Asia-Pacific region to adopt a Mastercard Carbon Calculator which enables new and existing O-Bank Mastercard holders to check their transaction carbon footprint via O-Bank internet banking or through the O-Bank mobile app. The hope is that consumers who are more aware of the carbon footprint of various products and services will consciously join in the global effort to reduce carbon emissions. In addition, O-Bank also launches a “Low-Carbon Lifestyle” Debit Card, which provides consumers up to 15% off on purchases from 24 social enterprises and B Corps. This new Debit Card also allows, for the first time ever, for cashback reward percentages to be based on carbon emissions. The lower a consumer’s average carbon emissions per NT Dollar spent, the higher their cashback reward percentages. This initiative will hopefully incentivize consumers to be more thoughtful about their purchases and make more efforts in reducing their carbon footprint. 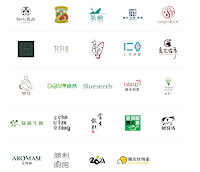 O-Bank has been actively promoting green consumerism and has always strived to use the power of finance and work with consumers to create a business model that presents a win-win situation for both the environment, society, and O-Bank itself. O-Bank adopted the Mastercard Carbon Calculator and used APIs to access Mastercard’s big data database. Based on the type and amount of products or services, carbon emissions are calculated for each purchase. Starting from March 30, new and existing O-Bank Mastercard holders can turn on the “Consumer Spending Carbon Calculator” function via O-Bank internet banking or through the O-Bank mobile app to see an itemized list of carbon emissions per purchase as well as a figure for total emissions generated by all of the purchases. By rolling out this function, O-Bank hopes to make consumers more aware that they can contribute to lower carbon emissions through their daily purchasing decisions. Moreover, to encourage consumers to translate carbon consciousness into substantive action, O-Bank will offer preferential demand deposit rates to any O-Bank Mastercard holders who activate this new function, make at least one purchase every month, and keep their annual average carbon emissions at below 8 grams per NT dollar spent over the course of one calendar year. For a cardholder who meets these conditions, their demand deposit interest rates will be raised by 0.1 percentage point in the following year, beginning from January 2023. There is no cap on the amount of deposits to which the preferential rate may apply.

O-Bank also issues a “Low-Carbon Lifestyle” Debit Card that makes it the first bank in Taiwan to set cashback reward percentages based on the average carbon emissions per NT Dollar spent. Holders of the “Low-Carbon Lifestyle” Debit Card will receive the same unlimited 1% cashback reward that holders of regular O-Bank cards could have on purchases made both domestically or overseas, regardless of which sales channel it was purchased from. In addition, the “Low-Carbon Lifestyle” cardholder who activates the “Consumer Spending Carbon Calculator”, makes at least one purchase per month, and keeps average carbon emissions below 8 grams per NT dollar spent in that same month, will automatically enjoy an additional cashback reward in that month. For those who meet these conditions, the cashback reward on a maximum of NT$20,000 worth of ordinary domestic card purchases will be raised to 1.5%, while the cashback reward on all ordinary overseas card purchases, regardless of amount, will also be raised to 1.5%. By offering higher cashback rewards, O-Bank seeks to strongly encourage consumers to buy products and services with smaller carbon footprint. 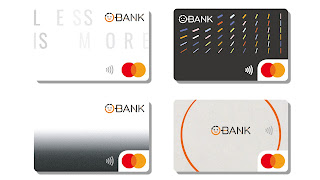 Those who hold a “Low-Carbon Lifestyle” Debit Card, in addition to getting the cashback reward percentages based on the carbon footprint of the purchases, also enjoy a discount when making purchases from any of the following 24 social enterprises and B Corps: Zen Zhou, KULLKU, Thanks Giving, Taiwan Good Fish, Good Island, Blueseeds, GoodWill Foods, Luyao Ecology Mushrooms, Origin, Djulis, DOMI, Tribake, Agoood, TeaTalk, Twine, Buy Directly From Farmers, Cha Tzu Tang, Green in Hand, Greenvines, 2021 Social Enterprise, Aromase, Victory Kitchen, Sunny Founder, and Better Milk. A “Low-Carbon Lifestyle” cardholder who makes a purchase from any of these 24 companies which are socially conscious and environmentally friendly can receive 5% or 10% off or a free gift from the merchant, not to mention the automatic 4.22% cashback reward that O-Bank offers for green purchases (the capped amount of the additional cashback reward is NT$100). The amount of these cashback rewards, merchant discounts, and O-Bank’s standard 1% cashback reward of the debit card aggregate to a total 15% discount.

On March 30, 2022, O-Bank held a press conference to announce its “Consumer Spending Carbon Calculator” function which was presided over by O-Bank Chairperson Miss Tina Y. Lo, and was attended by Mr. Elton Lee, President of O-Bank, and Miss Eva Chen, Head of Mastercard Taiwan. Representatives from 24 social enterprises and B Corps were present and they were also able to showcase their products at the press conference. Miss Lo stated: “By launching this ‘Consumer Spending Carbon Calculator’ function, O-Bank hopes to take advantage of its position as a financial intermediary to help consumers develop a greater awareness of the carbon emissions generated by their daily purchases. Hopefully, that awareness will motivate them to reduce purchase-related carbon emissions. We further hope that the preferential demand deposit rates and the Low-Carbon Lifestyle Debit Card that we are rolling out in due course will lead consumers to engage in carbon reduction behavior. We believe that less is more! The less your actions result in carbon emissions, the more rewards you’ll receive from O-Bank. We strongly believe that, as a pioneer of innovation and technology in the banking industry in Taiwan, we must bear and fulfill our responsibilities to the society and the environment.”