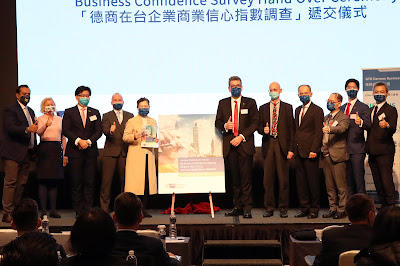 TAIPEI, Taiwan – The Business Confidence Survey 2021/2022 conducted by the German Trade Office Taipei (GTO) among 251 German companies operating in Taiwan from December 6, 2021 to January 18, 2022 revealed that business results developed positively in 2021. A record high of 81.6 percent stated to have fulfilled their business targets in 2021 and already well-established businesses have continued to grow. Revenues above the NT$ 250 million saw an increase over the past three years: 28.8 percent of the German companies stated to have generated revenues between NT$ 250 million and NT$ 1 billion, which is an increase of 9.6 percentage points compared to 2019 (19.2%). Likewise, revenues above the NT$ 1 billion mark also slightly increased from 19.2 percent in 2019 to 21.9 percent in 2021.

Long-term commitment of German companies to Taiwan also remains high. 84.2 percent of the companies stated to have established their Taiwanese entity more than five years ago. However, few newcomers were recorded over the past years, causing the percentage of companies established within the past five years to remain at roughly the same level of around 16 percent.

“This development may indicate a decline of market entry appeal, which could possibly deter German firms from entering the Taiwanese market. We recommend keeping a close eye on this trend and conduct further investigation,” stated Axel Limberg, Executive Director of the German Trade Office Taipei, during the presentation of the results at the GTO Economic Outlook 2022, which took place at the Shangri-La’s Far Eastern Plaza Hotel on February 22.

The poll also indicates that German companies were less affected by the COVID-19 pandemic compared to one year earlier. While it still puts pressure on 40.1 percent of the German companies operating in Taiwan, this percentage has decreased substantially compared to 2020, where 57.5 percent were negatively affected. However, besides a decreased demand for products/services and the cancellation of events and fairs, existing travel restrictions and quarantine measures still negatively impact business operations.

German companies were also not spared from the negative effects of decelerated global economic growth and supply chain disruptions. The results show that over two-thirds (69.7%) were faced with bottlenecks in 2021. These issues are also predicted to negatively influence the business results in 2022. While a record high of 64.9 percent of the German companies expects their turnover to increase this year, profit expectations remain comparatively low.

The survey also revealed that domestic topics are becoming increasingly important to German companies. Energy transition (34.2%) and digitalization (32.9%) were identified as those factors that will have a significant influence on the industry and business operations. Thus, the successful implementation of domestic policies will also be decisive for the future success of German businesses in Taiwan.

Nonetheless, the optimism in Taiwan’s economic growth remains very high. 61.3 percent expect the Taiwanese economy will continue to grow in 2022. Similarly, 63.1 percent forecast their own company to grow this year.

The Business Confidence Survey 2021/2022 Report was ceremoniously handed over to Ms. Wang Mei-hua, Minister of Economic Affairs (MOEA), during the GTO Economic Outlook 2022. Dr. Jörg Polster, Director General of the German Institute Taipei, was another guest of honor who delivered welcoming remarks. Mr. Alexander Hirschle, Director Taiwan and Philippines Asia-Pacific of GERMANY TRADE & INVEST provided an overview of Taiwan’s economic challenges and perspectives of 2022. Furthermore, five representatives of renowned German companies gave insights into the state and prospects of their business sectors. The speakers were:

Other Key Findings of the Business Confidence Survey 2021/2022:

·    61.6% consider the reliability of business relations as the most valued aspect in Taiwan

·    94.7% stated to remain in Taiwan and not shift investments, 91% would restart their business in Taiwan again

·    Investments in staff development and training (75.8%) ranked highest among those companies willing to invest within the next two years; The main reason not to invest is low expectations for market expansions (60%)

·    Electronic components (semiconductors etc.) (38.9%) and electronic equipment (30.6%) will have the biggest relevance for German companies in the future. Other important future industry sectors include digitalization (27.8%), Industry 4.0/Smart Machinery (26.4%), and mobility (26.4%) 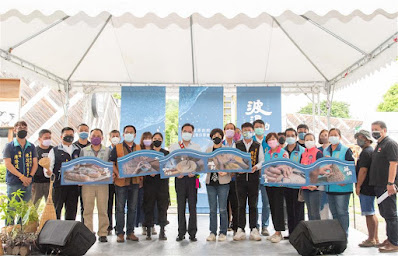