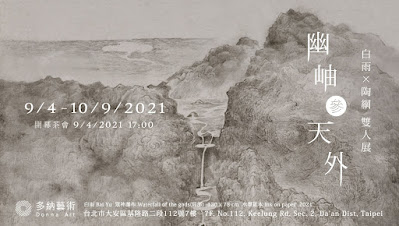 Absorbed in Painting, You Know Not Old Age

Absorbed in painting, you know not old age is coming; indeed, to me wealth and rank are like clouds scudding. (丹青不知老將近，富貴於我如浮雲。)

Few lines from Du Fu's poems express a yearning for a life of freedom, open-mindedness and contentment. General Cao loved paintings without knowing the coming of age, looking at wealth and vanity like the clouds of smoke. Du Fu praised General Cao for his noble sentiment, not admiring vanity, and being persistently immersed in his artistic creating. Dona Art proudly presents excellent pieces by contemporary ink artists Bai Yu and TAO Kang. The theme of the exhibition is " Secluded Cave that Reaches Heaven" in which indicating the other worldly, honorable, noble and creative spirit like Gerneral Cao from Tang Dynasty without losing the contemporary artistic style.

The original meaning of You-xiu (Secluded Cave) is a cave deep in the mountains, and is often extended to mean seclusion; the meaning of Tian-wai (beyond the sky) is the faraway place beyond the sky. The verb “Tsun” means to reach or almost reach. There is an ancient saying: "To learn from mother nature, one must gain from the core of one’s heart." As mentioned earlier, landscape painting originally possesses the dual characteristics of reality and ideal. When the body can only stay in the workshop, the artist can still be passionate about the imagination beyond the universe, thinking about the unknown and mysterious realm from inside to outside under the rationality.

Bai Yu (b.1980), who no longer worships magnificent and gigantic landscapes. He even questions the traditional dialectics in order to clarify the knowing of this small and yet huge world gradually. Among the displayed works, we can see him grasp rocks as the objects easily. Sometimes, he watches them at a distance. At other times, he gazes at them at point-blank distance. From perspectives with great differences, he can manage to draw slowly in great detail consistently. He allows huge rocks that have been eroded by time and weather to stand in the middle of the paintings. Sometimes, they seem to be pavilions in fairy mountains in myths. At other times, they are like lonely islands standing in the middle of the sea. With no exception, they unveil calm, slow, and restrained emotions.

Tao Kang was born in a family of calligraphy and painting in Keelung, also is one of the important members of Taiwan's modern ink painting groups "Six Tiao Mo" and "Drift Club". His innovative painting had twice been affirmed by Art Bank of the Ministry of Culture of the collection of paintings. He is full of senses for traditional media such as paper and ink, his strongly feeling of the atmosphere of the times he is in, especially the emotions between people, transforming them into his artworks. Tao Kang's creations of black and white are minimalist, with meticulous small dots hiding everywhere in the seemingly simple blocks, presenting a calming hue and hidden textures, inviting viewers to experience themselves. In the vast background of mountains and rivers are scattered tiny life forms, which invites people to ponder deeply about the meaning of existence; or theatrical human struggles and longings.

in Tao Kang's paintings, a scene is composed of realistic and natural landscapes and plants. The presentation of such sceneries is based on the accumulation of thoughts in artist's life journey and daily experiences. The landscapes and plants presented are what he had seen during travels, the artist re-exams the dialogue between his inner mood and memory in the environment and space. In the process, he truly felt his own existence, the scenery in front of him, the people around him, looking at the photos, looking at the memories. Everyone will record life in different ways, and the artist chooses to use a brush to paint bit by bit with still vivid memories of that time in his mind.

In his work, the image in addition to the momentary scenery that expresses the memory, it also incorporates a little space arrangement. The people and animals that appear in the paintings are also the expressions of observing their emotions upon the moment. The scenes of the fragments, the setting of scenes through the fragments in the memory, the emotions turn into the feelings and perceptions, which can express the world that one is in or sees. And in the works, the beauty, hardship, joy, and sorrow that the artist experienced during the journey are also presented.

In the form of creation, Tao Kang uses "black, gray, and white" color scale and ink layers to create, and the composition of the image follows "looking upward, downward, and side view" in different angles of vision to express the interactive relationship between "scenery and people". At the same time, the concept of "deconstruction and dividing" is added to show the ideas of different spaces. The concept of form expression techniques such as photography and overlaps of recorded images, fragments, etc. and the "memory" the artist wants to express are not only pure documentary, but narrative images, so that every painting is a story or a mini film.

The pandemic from 2020 has changed the lives of most people. Traveling that we all used to take for granted has now become an extremely extravagant desire. The original relaxed and comfortable life has become a lot of constraints. As the artists of this exhibition being close to the middle of life, they tend to being more anxious about their own life in this world. In such a situation, the artists are just as helpless as the literati and artists of Song Dynasty. The only escape for the time being is the wild imagination and desire to the heavenly world beyond this one. With their own creative styles, the two artists lead the spiritual improvement and healing that people need in the post-epidemic era. They use their in art to help viewers escaping the haze of the epidemic and enter a free and leisurely world beyond this one. 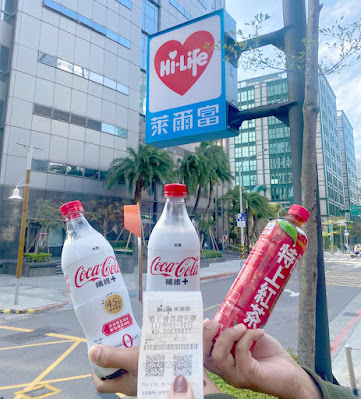