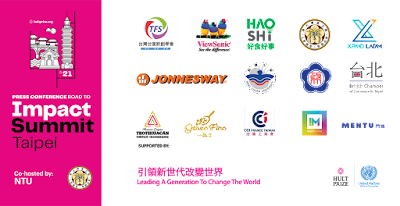 Taipei — The Hult Prize Foundation has officially announced the locations and co-hosts of its 2021 Impact Summits. For the first time, Taipei has been selected as one of the cities to host the Impact Summit in Taiwan. To announce the event to the Taiwanese community, a press conference with the presence of all the event’s sponsors, including Hao-Shi Foundation Food Accelerator, Ming Chuan University, Jonnesway, and Viewsonic, was held on the 5th of March. The event also had the support of the College of Commerce at National Chengchi University, Q-YO Bio-Technology CO., LTD (Mushroom), the Taiwan Taifu Startup Association, and Xpand Latam.

Representatives of different organizations such as the Board Members of Social Value International in Taiwan, the Embassy of the Republic of Guatemala, the Embassy of the Republic of Honduras, the Mexican Trade Services Documentation and Cultural Office, the Chamber of Commerce and Industry France Taiwan and the British chamber of commerce in Taipei were also present during the event.

National Taiwan University has been selected to host the impact summit on April 9th, where more than 100 university students in Taiwan will participate to represent 30 startup ideas. The Impact Summit Taipei will be one of the 50 summits happening during the months of March and April. In its 12th year, the Hult Prize Foundation received a record number of city-wide bids from over one-thousand applicants across the world, representing more than 3,000 organizations including private foundations, NGOs, and higher education institutions.

“We are happy because in 2021. The Hult prize community in Taiwan is bigger. For the success of Taiwan’s epidemic prevention, we have the first opportunity to hold an Impact Summit of the Hult Prize in Taipei. We are also one of the few cities that will hold an in-person program. We hope that the world can see Taiwan’s outstanding student teams,” said Joseph Liao, president of Taiwan TaiFu Startup Association.

Hult Prize Impact Summits have a history of being life-changing experiences for attendees and bring together a community of people with an outlook of changing the world through business. Events are open to college and university students, industry professionals, academic leaders, and non-profit / government executives. Planned programming includes professional networking mixers, social events, inspirational keynote speeches, workshops, and the headline activity of the summit - the regional final demo day of the million-dollar Hult Prize Challenge. More than 200 short-listed entrepreneurs will be pitching startups that solve this year’s UN issued food challenge.  At stake for one lucky team is a golden ticket invitation to attend the award-winning Hult Prize Accelerator program getting them one step closer to winning US$1,000,000 in startup capital.

This year, the event was organized by the Hult Prize representatives Emilia Gonzales and Agnes Mutiara, the Copa America Taiwan representatives Fernando Ramos and Tracy Lee, and with strong support from the Taiwan Taifu Startup Association. 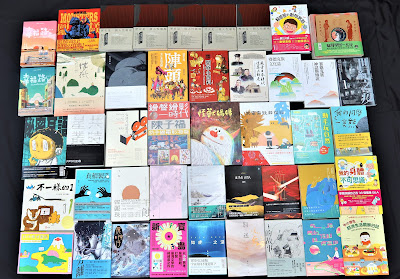