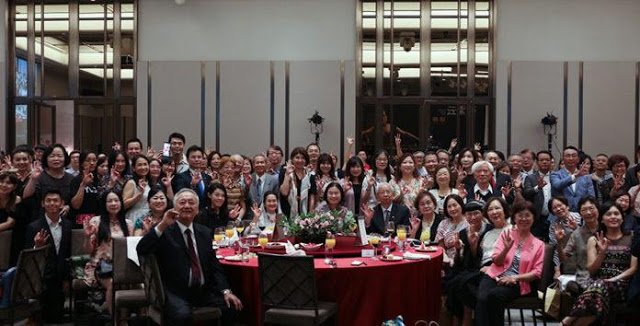 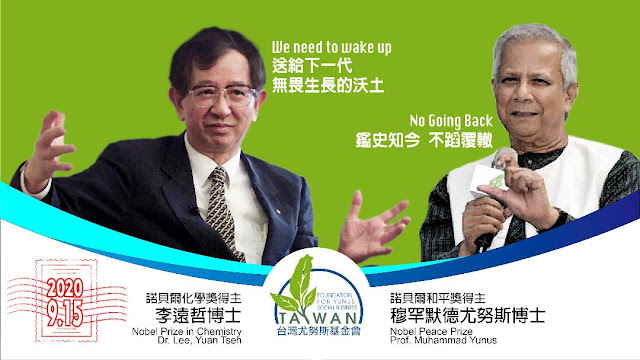 Nobel Peace Prize, Prof. Muhammad Yunus and Nobel Prize in Chemistry, Dr. Lee, Yuan Tseh, had the lectures " No Going Back " and " We need to wake up ", to wish the Foundation for Social Business Taiwan a happy fifth birthday!
Professor Yunus gave an online speech on the theme of "Global Sustainability Turning Point - No going back!", mentioning that "the pandemic may be the best vigilance!" When the international economic engine was temporarily suspended due to the coronavirus pandemic, we recovered from the coronavirus pandemic. Seeing the selfishness and differentiation of human nature, ignoring the importance of group cooperation, and magnifying social issues, can we truly understand how many poor people are and how vulnerable people are! The whole world is looking for ways to restore people's livelihood and reduce harm, but it is more important to have a consensus: 2020 is an opportunity for rebirth. We will no longer return to the past where the inequality of wealth and the destruction of natural ecology is unsuitable for human settlements. It also emphasizes that the social enterprises that have been promoted must play a central role in the new world, because companies created specifically to solve human problems can ensure that social and environmental awareness are the first priority in the transformation plan.
Distinguished leaders and elites from all industries congratulated Yunus Foundation on its fifth anniversary. This evening event also utilized keynote speeches and piano performances to achieve a perfect collision of industry-government-academic exchanges.
The finale of the event was the internationally renowned pianist Hu Yingyun, a Taiwanese expatriate in the U.S., who performed for the public welfare of the conference with her eye-catching piano skills. Hu Yuyun was the winner in the "Rubinstein International Piano Competition" in Israel (also awarded the most popular award), the first place winner of piano award in the "New York Artists Association International Competition" in the United States, and the 2018 "Classical Post" Award for the Most Innovative Performer of the Year. Hu Yingyun played the beautiful music and the Marriott Hotel sponsored the first-class scenery venues. This night was unparalleled and full of knowledge and sensibility. At the connection point between the old epidemic world and the new future world, promote good economy and open a new vision of common prosperity! Nobel Peace Prize Laureate Professor Yunus said: Everyone can change the world! The audience responds to the results of individual contributions can accumulate a big change in the world, and cooperate with the Taiwan Yunus Foundation to carry out the conference, promote the children from the rural areas to learn the seven principles of social enterprise solution to avoid poverty, and the Yunus Social Enterprise Alliance to start a small business.  We have initiated innovation and income generation, supplementary education training, social welfare organizations, independent and sustainable public welfare services, and Taiwan’s youth participate in the field to create social enterprises to solve social problems. We look forward to you who have the same dream and jointly create a new society without poverty in Taiwan! Support corporate CSR partner program https://www.surveycake.com/s/7DzPB
The Nobel Prize Laureate in Chemistry Dr. Yuanzhe Li gave a speech from an educational perspective. "Fertile Land for the Fearless Growth of the Next Generation" emphasized the importance of education and expressed his respect for Dr. Yunus's practice of social enterprise and USR over the years.
More than 90 universities around the world have applied for the establishment of YSBC. Among them, 11 universities in Taiwan have been promoted and established by the Taiwan Yunus Foundation, ranking first in the world in number and density. This time, including Lin Jieyu of Evergreen University, Yang Yongkai of Kaohsiung University, Su Xiongyi of Soochow University, Huang Jianzhe of Taichung University of Science and Technology, Hong Lingzhu of Taipei University of Commerce, Li Mingyan of Zhongyuan University and other YSBC directors and representatives jointly shared the thoughts and achievements of the university's USR and local creation.(By Scoop Taiwan News, 2020-10-05)
較新的文章 較舊的文章 首頁 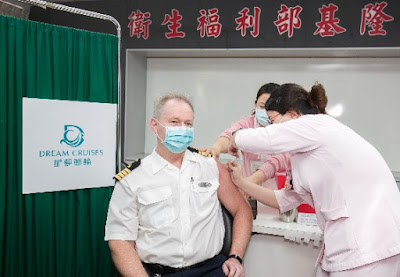