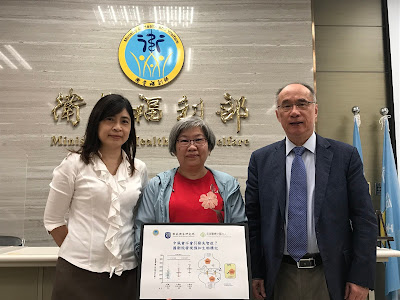 Taipei---Stroke is a risk factor for both vascular dementia and Alzheimer’s disease. The stroke patient’s functional recovery could be developed over the course of 26 weeks; however, there are one third of stroke patients will have  post-stroke dementia (PSD). The one-year incidence of dementia  was 7.4% for those with first-ever stroke, while the incidence of dementia after recurrent stroke was as high as 41.3%. To date, there is no effective biomarker to observe and confirm the risk of dementia after stroke for controlled and treated as soon as possible.
Dr. Yu-Li Liu from the Neurological and Psychiatric Research Center of the National Institutes of Health and Dr. Yi-Chun Chen from the Dementia Department of Linkou Chang Gung Memorial Hospital analyzed the cognitive function and biomarkers of patients with ischemic stroke. The study found that the concentration of plasma D-amino acid oxidase (DAO) was significantly higher in the patients with post-stroke dementia than patients without dementia after stroke or healthy people, which may be regarded as independent biomarker for dementia after stroke. The biomarker may be used in the future to predict the risk of dementia and further prevent the occurrence of dementia. Related research results were published in international neurology journal, Frontiers in Neurology, in October 2019
D-amino acid oxidase (DAO) is an enzyme widely distributed in the central nervous system. Since ischemic injury induces peroxisome biogenesis in neurons, DAO expression may also increase after stroke. DAO catalyzes D-serine to toxic metabolites, leading to oxidative stress response and interfere with cell recovery.  On the other hand, D-serine metabolites modulate the N-methyl-D-aspartate (NMDA) receptor response in synapses for neuronal survival and synaptic plasticity, and in the process produces neurotoxic hydrogen peroxide that leads to neurodegeneration. This study analyzed 20 PSD patients, 53 post-stroke patients without dementia (PSNoD), and 71 age- and gender-matched healthy controls (normal controls, NC). Elevation of peripheral DAO levels was associated with the dementia status in chronic stroke patients. Further replication studies in different ethnic groups are needed to confirm peripheral plasma DAO as a representative biomarker for PSD. It could lead to development of a therapeutic target for new drugs derived from DAO, which will have a profound impact on the future treatment of stroke.
The full text of “A Post-hoc Study of D-amino Acid Oxidase in Blood as an Indicator of Post-stroke Dementia” is available at https://doi.org/10.3389/fneur.2019.00402
較新的文章 較舊的文章 首頁 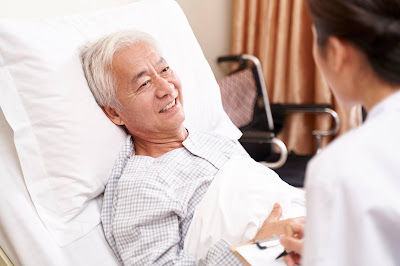