China’s import increase from the US
China has committed to increase its imports from the US by a total of USD200bn over the next two years, on top of the 2017 baseline levels (about USD 210bn). This would imply additional purchase of agricultural, energy, manufacturing goods, and services worth USD32bn, USD52.4bn, USD77.7bn, and USD37.9bn, respectively.
A sharp rise in China’s imports from the US would squeeze its other trade partners, but the impact on Taiwan should be limited, in our view. The overlap of the US and Taiwan’s export structure is low. China’s imports from Taiwan are largely concentrated in electrical machinery and equipment (63% of total goods imports). In contrast, China’s imports from the US are equally comprised of agricultural goods (14%), transport equipment (19%), and electrical machinery (12%). Moreover, China’s imports from Taiwan are partly driven by the intra-company supplies, i.e., the purchase of semiconductors and other components by the Taiwanese tech firms based on the mainland from their parent companies. Substitution of these products should be unlikely.
Opening of financial services sector
China has also agreed in the phase 1 trade deal to further open its financial services sector to the American firms, including in banking, securities, insurance, asset management, and credit rating services. By April 1, China will eliminate the foreign equity caps for American securities companies, life/health/pension insurance companies, fund management companies, and futures companies.
Likewise, the squeezing impact on Taiwanese financial institutions should be small. The Taiwanese financial institutions operating in the Chinese market currently focus on providing the corporate banking services for the Taiwanese firms based on the mainland. Direct competition with the American counterparts is limited. Meanwhile, China has been accelerating the process of opening its financial services sector to all foreign investors. Earlier last year, it has already announced to abolish the foreign ownership caps on securities, life insurance, fund management and futures companies, starting from 2020.
Intellectual property and technology transfer
The two countries have also reached agreement on intellectual property and technology transfer, involving issues surrounding trade secrets, patents, trademarks, piracy/counterfeiting, forced technology transfer, and state-directed outbound investment aimed at acquiring foreign technology. The thorny issues involving data flows and cybersecurity will be left to the next phase of negotiations. Also note that lifting the trade ban on China’s tech giant Huawei is not part of the phase 1 trade deal. Reuters reported this week that the US government would still push for a rule that expands its power to block the sales of foreign-made goods to Huawei.
The risk of supply chain disruption as a result of a tech war has not fully subsided despite the phase 1 trade deal. From a long-term perspective, Taiwanese tech firms would still find it necessary to shift the technology sensitive production outside of China and to diversify their supply chains.
Currency
On the currency issues, the phase 1 trade deal includes commitments to refrain from competitive devaluation and targeting of exchange rates, while increasing transparency on data disclosure (e.g., foreign reserves and forward positions, balance of payments). No quantitative targets have been set in this regard.
The tariff rollback accompanying the phase 1 trade deal does not justify a strong appreciation of the CNY. The US has agreed to cut the tariffs on USD120bn Chinese goods (which took effect in Sep19) to 7.5% from 15%. The existing 25% duties on USD250bn Chinese exports will stay in place, however, pending negotiations on the phase 2 trade deal. As such, the weighted average tariff rate imposed by the US on Chinese exports will fall only slightly, to about 13.5% from 15.2%.
On the flip side, a sharp rise in China’s imports from the US could result in a weakening of its current account balance, which in turn, exerts depreciation pressure on the CNY. The overall impact of the phase 1 trade deal on the CNY (and thus other emerging Asian currencies) may not be directional or substantial, in our view. 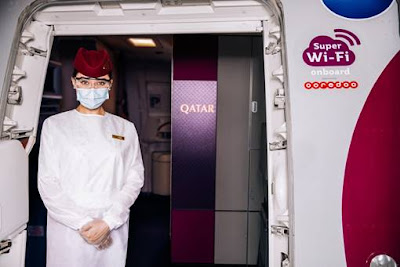