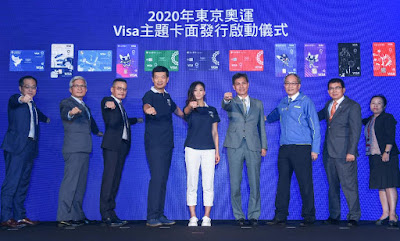 Wen Tzu-Yun has won numerous international competitions in recent years. She took second place at the World Karate Federation (WKF) in the 55 kilogram category. Ms. Wen is also a favorite to win a gold medal in Tokyo next year. 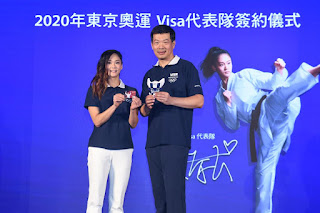 Marco Ma, Visa General Manager, Taiwan, said: "Visa is delight to have Wen Tzu-Yun joining Team Visa. Since 2000, Team Visa has given more than 400 aspiring athletes the support they need to pursue their goals, both on and off the field of competition, regardless of origin or background. In talent as well as character, its members represent Visa’s values of acceptance, partnership and inclusion. Ms. Wen embodies this spirit as she represents the people of Taiwan at the world stage.”
Ms. Wen said that she is fortunate to have the opportunity to participate in the Olympic Games Tokyo 2020 at her prime and honored to be able to join Team Visa.
Since 1986, Visa has been the exclusive payment service partner of the Olympic Games. By extending its sponsorship through 2032, Visa will continue to create more forward-looking payment solutions to ensure the next generation of athletes, fans, cardholders and clients are able to get more out of their Olympic experience. 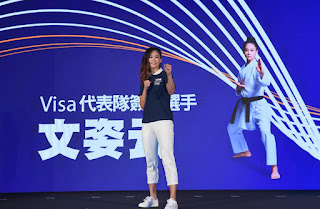 To celebrate the Olympic spirit, Visa partners with Bank SinoPac, E-Sun Bank, Mega Bank, Shin Kong Bank, Taiwan Cooperative Bank, Shanghai Commercial and Savings Bank and Taipei Fubon Bank to launch 11 limited-edition Olympic Games Tokyo 2020 themed cards.
A short flight away, Japan is one of Taiwan travelers’ favorite overseas destinations. Starting from November, Visa with its banking partners will launch a series of Olympic lucky draw campaign[2] including an three-night hospitality packages worth NT$400,000 and Olympic Games Tokyo 2020 themed merchandises. There are also Olympic Games Tokyo 2020 inspired travel itineraries[3] to help Visa cardholders to explore Japan during this special period.
Mr. Ma added: "Visa will continue to roll out promotions and privileges for travelers to Japan for the entire 2020. So Visa cardholders can enjoy more from more than 1 million merchants in Japan accept Visa in Japan." 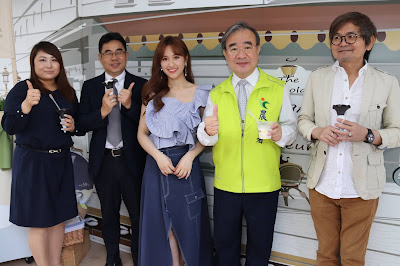