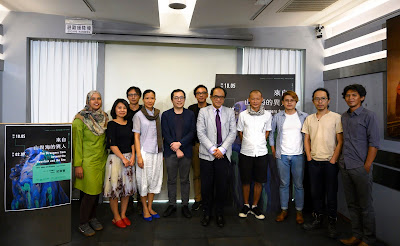 Curated by Taiwanese artist HSU Chia-Wei and Singaporean artist HO Tzu-Nyen, the 7th Asian Art Biennial will be staged at the National Taiwan Museum of Fine Arts this October. The two curators developed a diagram as the model for their curatorial thinking and proposed the title “The Strangers from beyond the Mountain and the Sea”.

The term “stranger” in the exhibition title owes its inspiration to “marebito,” an ancient Japanese word describing beings that come from afar with gifts of wisdom, which was theorized by the Japanese ethnologist Shinobu Orikuchi (1887 – 1953). For the two curators, the “marebito” can take the form of the migrant, the ethnic minority, the colonist, the foreign merchant, the smuggler, the partisan, the shaman and the traitor – figures that are conduits to an unknown outside, and who channel forces that test the very limits of our sense of self, our society and our species. 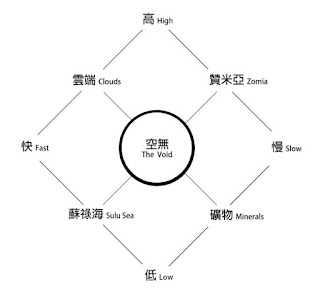 The “mountain” and the “sea” of the title are present in the curators’ diagram as “Zomia” and the “Sulu Sea”.  Zomia refers to a vast highland area that cuts across Vietnam, Laos, Thailand, Burma China, India, Pakistan and Afghanistan.  The high-altitude and rough terrain of Zomia, as described by the American anthropologist James C. Scott, forms a natural barrier against the control of the nation-states that surround it, thus serving as a shelter for a variety of non-state peoples such as ethnic minorities, guerillas of forgotten wars and drug empires. The Sulu Sea is a marginal sea between the Pacific Ocean and the South China Sea, bordered in the South by Borneo and in the North by the labyrinthine archipelagoes of the Philippines. Historically rich in maritime commerce, the Sulu Sea is also rife with slave raiding and piracy, and is today the stage for the activities of terrorist groups such as the Abu Sayyaf.  In the conceptual matrix developed by the two curators, Zomia and the Sulu Sea function as tropes for the intersection of geography and politics, altitudes and anarchism.
Another axis in the diagram stretches from “Clouds” in the earth’s troposphere to “Minerals” beneath the earth’s surface. To view human histories against the horizon of clouds and minerals is to open these narratives up to the roles of non-human elements and non-human scales of time. Such an expanded notion of history seems fitting for our historical moment – which is one of ecological catastrophe at a planetary level. One of the questions driving this edition of the Asian Art Biennial is how the unfinished project of decolonization intersects with these new concerns.
This Biennial will feature both existing works and new commissions, many of which are characterized by cross-disciplinary research from which unexpected correspondences and connections are established.  For example, Jiandyin, an artist duo from Thailand, will collaborate with pharmaceutical research institutes in Taiwan and Thailand in a new commission that weaves together the geopolitics of northern Thailand, the drug smuggling routes of Zomia, black magic folklore and jade quarries.  Another new commission is a joint project by two artist groups - Lifepatch and Open-Contemporary Art Center. Initiated in Indonesia in 2012, the members of Lifepatch are made up of artists, designers, engineers and scientists, and their practice is characterized by civic engagement, social innovation, and technological experimentation. Open-Contemporary Art Center is a Taiwan-based artist collective that has sustained an intense engagement with various Southeast Asian art scenes over a long period.
A total of 33 artists/artist groups will feature in “The Strangers from beyond the Mountain and the Seas: Asian Art Biennial 2019.” The first part of the invitation list comprises CHIANG Kai-Chun (Taiwan), CHIU Chen-Hung (Taiwan), Shilpa GUPTA (India), Jiandyin (Thailand), Hiwa K (Iraq), LIU Chuang (China), LIU Yu (Taiwan), Gilad RATMAN (Israel), Timur SI-QIN (Germany), Yuichiro TAMURA (Japan), Sawangwongse YAWNGHWE (Burma), Lifepatch (Indonesia) + Open-Contemporary Art Center (Taiwan), TING Chaong-Wen (Taiwan), and WANG Hong-Kai (Taiwan).
“The Strangers from beyond the Mountain and the Sea: Asian Art Biennial 2019” is scheduled to open in October 2019. A series of conferences, workshops and performances will unfold in parallel with the biennial. For more details, please refer to the official website of the National Taiwan Museum of Fine Arts.
2019 Asian Art Biennial(https://www.asianartbiennial.org/2019/index.html)
Exhibition Dates：October 2019 – February 2020 (tentative schedule)
Venue：National Taiwan Museum of Fine Arts
Coordinator: Fan Hsing-Yu  TEL: (04)23723552 #302
Media Contact: Emily Yi-Yin Wang  Tel:04-2372-3552 #133
Chun-Yi Kuo Tel:04-2372-3552 #326 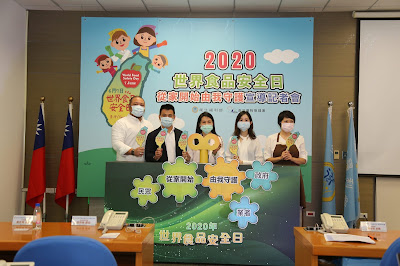