“I Pledge NOT TO Drink & Drive” Campaign More than 100 enterprises joined and nearly 80,000 people signed up online since the campaign entered its second year Local and international beverage alcohol companies, distributors and other enterprises call for 500 employees to join the pledge and to make it a nation-wide activity

Latest statistics indicate that from January to May 2018, there had been 44,317 cases of drink-driving, among which 25,000 cases were brought to justice—a decrease of 765 cases (about 3.06%) compared with the same period last year. Advocating “no drink-driving” traffic safety concept, the Taiwan Beverage and Alcohol Forum (TBAF) continues to hold “I Pledge NOT TO Drink & Drive” campaign activities. Last year, local and international beverage alcohol companies took the lead and about 500 of their employees joined the pledge. This year, more participants are joining, including 17 beverage alcohol distributors and 25 enterprises. Just over a year’s time, we have seen increasing enthusiasm and now there are more than 100 enterprises and nearly 80,000 online signatories who support this campaign. On Fri. 27 July and Sat. 28 July, a special signing activity is held at the south of the Shin Kong Mitsukoshi Xinyi Plaza (信義香堤大道), between buildings A9 and A11. Whoever joins the online pledge will have a chance to win a round-trip tour to Japan for two persons and other prizes. This activity aims to attract more people to join the pledge so as to make the “I Pledge NOT TO Drink & Drive” a nation-wide activity.

This activity is co-organized by TBAF, Chunghwa Post, Chunghwa Telecom, and Taiwan High Speed Rail. Representatives from the British Chamber of Commerce and the French Office in Taipei will also attend. It is hoped that more enterprises can join the pledge. This year, the organizers have invited the Taiwan Tobacco & Liquor Corporation, beverage alcohol distributors, transportations, insurance and telecom companies to participate in this campaign. Beverage alcohol companies have once again showed their strong support, these include the following ten companies: Anheuser-Busch InBev, Suntory Taiwan Ltd., Carlsberg Taiwan Co., Diageo Taiwan Inc., Edrington Taiwan, Magny International, Moet Hennessy Taiwan, Pernod Ricard Taiwan, Remy Cointreau Taiwan and William Grant & Sons. Everyone gathers together to show a strong determination on the advocacy work of “I Pledge NOT TO Drink and Drive”. 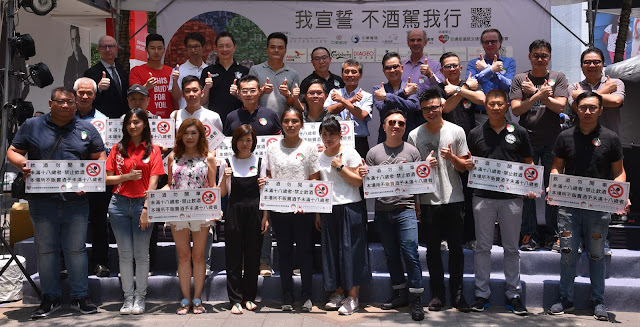 MOTC Road Traffic Safety Committee secretary Mr. Ming-hong Hsieh (謝銘鴻) points out that “From January to May this year, there had been 44,317 cases of drink-driving, among which 25,000 cases were brought to justice—a decrease of 765 cases (nearly 3.06%) compared with the same period last year. These figures show that our advocacy work on no drink-driving in recent years has been quite effective. This time, the MOTC has furthered its invitation to include transportations, telecommunications, beverage alcohol companies, etc. to join this very meaningful activity and safeguard a safe traffic environment together.”

The original goal of “collecting 100,000 pledges within 5 years” was reached by 80% already in the second year, which shows that the general public is highly supportive of the “I Pledge NOT TO Drink & Drive” campaign and places great importance on traffic safety. Each year, the campaign draws more attention and becomes even more successful. TBAF chairman Mr. Terence Ong (王德勤) says: “This year, TBAF has expanded our activity scope and invited beverage alcohol distributors to join the campaign. It is also the first time that we hold an activity targeting the general public. We hope that by combining both online activity and real-time activity, we can attract more people to join the pledge. Up to this moment, 78,009 people have made the pledge online. The enthusiastic participation has strengthened our conviction and confidence that the ‘I Pledge NOT TO Drink & Drive’ campaign would become a nation-wide activity.”

The focal visual image of this activity has incorporated all the photos of those who have joined the online pledge. It symbolizes the collective support and participation of many people and solicits further participation to safeguard our traffic environment. 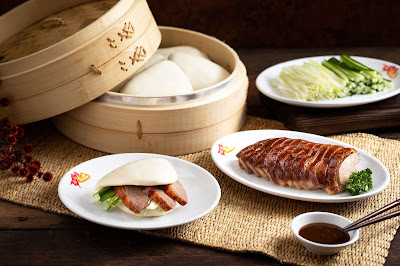